I have to admit that this is actually a serious post – in spite of the heading, haha!! (see, there I go…?)

But still. This topic does crop up every now and then in forums, chat rooms and writers’ Facebook groups. Admittedly, I may very well be the one bringing it up… but yes, you get all sorts of responses ranging from “You clearly have an alcohol dependency problem” to “All the greats wrote their best works whilst high on something or other, go for it!”

Naturally, I prefer the responses of the latter kind, but I’d just like to address the ‘issue’ for a brief moment before continuing on my merry way. (I say merry as it is still relatively early on a Friday, but I do envisage ‘rowdy’ or even ‘raucous’ a tad later on…) 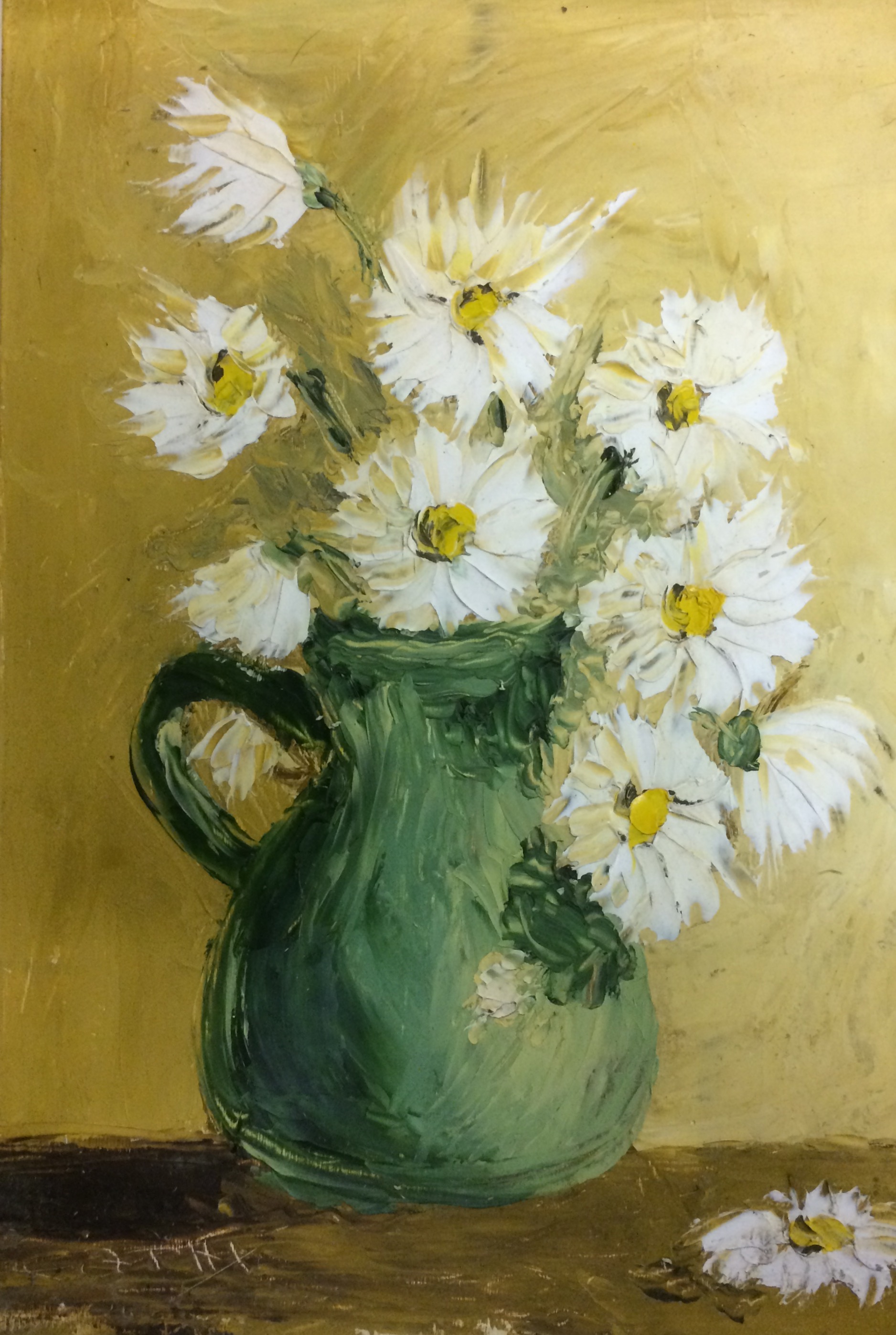 Here’s a wee story. My Mum used to do a lot of oil paintings. She was inspired by Nancy Kominsky in the 80’s and loved her palette knife technique. In fact, I still have my Mum’s very first ever painting – a green jug full of white and yellow daisies with a greeny-yellow background, all messily done in clumpy palette knife. Rough as all heck, and although she cringes when she looks at it now, I love it.

Anyways, she soon moved on to brushes and was a member of an art group for a few years. They used to have exhibitions twice a year and each artist had to produce at least three paintings for each one.

That’s when the pressure came. Sometimes my Mum would be up late at night worrying about her paintings. Sometimes she got up early and tried to work on them and ‘bring something’ to them that she just couldn’t quite grasp the night before…

But, you know when she did her best work? When she had a glass of Bailey’s Irish Cream inside her. Or maybe two, or three… It always took a special kind of night, like a birthday or an anniversary, (she’s not a drinker and always had to have a special occasion to be drinking alcohol) but if she had her easel in front of her, all of a sudden there’d be a butterfly put in here, and a wee West Highland terrier put in there, maybe a child with a straw hat and a pinafore dandering along the riverbank…. and the paintings always turned out fantastically well, and were always the first to sell at an exhibition. Hey, it worked for her.

I now have to admit that a lot of the time when I’m writing I’m doing it after a wee beer or two. Maybe the odd Guinness thrown in there for good measure…. It’s just how I write – as and when I can. If that happens to mean on a Saturday night when I’m just in from the pub, then great. And I’m actually finding that I’m coming up with my best ideas that way. I’ll go into my novel the next day and am quite taken aback at what I’ve managed to come up with. Impressive conversations, maybe the odd plot twist or two, I’ve even managed to add in the odd ex-boyfriend or two who show up to cause trouble who never even existed yesterday….! basically, some brave stuff that wouldn’t have come to me without a little ‘help’…

Now – while I appreciate the sentiment – I don’t need the do-gooding comments from anyone worrying about the state of my health, physical or mental. I am not an alcoholic. Yes, I know that denial is the first sign, but I also know that there is a full bottle of vodka in my cupboard, along with three bottles of white wine, a half a bottle of gin, mulled wine, dark rum, whiskey, and four tins of pale ale that have all been there since at least Christmas 2015, and that I never touch because I just don’t like them. An alcoholic would suck spilled turps out of a dish cloth…! But yes, I enjoy a beer. Sometimes I even get drunk! I may have a hangover the next day, but I get on with my day and I can do so quite nicely thank you very much without having to regulate my blood/alcohol levels. I have a family member who is an alcoholic and although she is an extreme example (we are estranged and I don’t even miss her) I still know enough to realise the signs and the effects. I can assure you all that I am not an alcoholic. So! Now that we’ve got that out of the way, let’s get on with it. 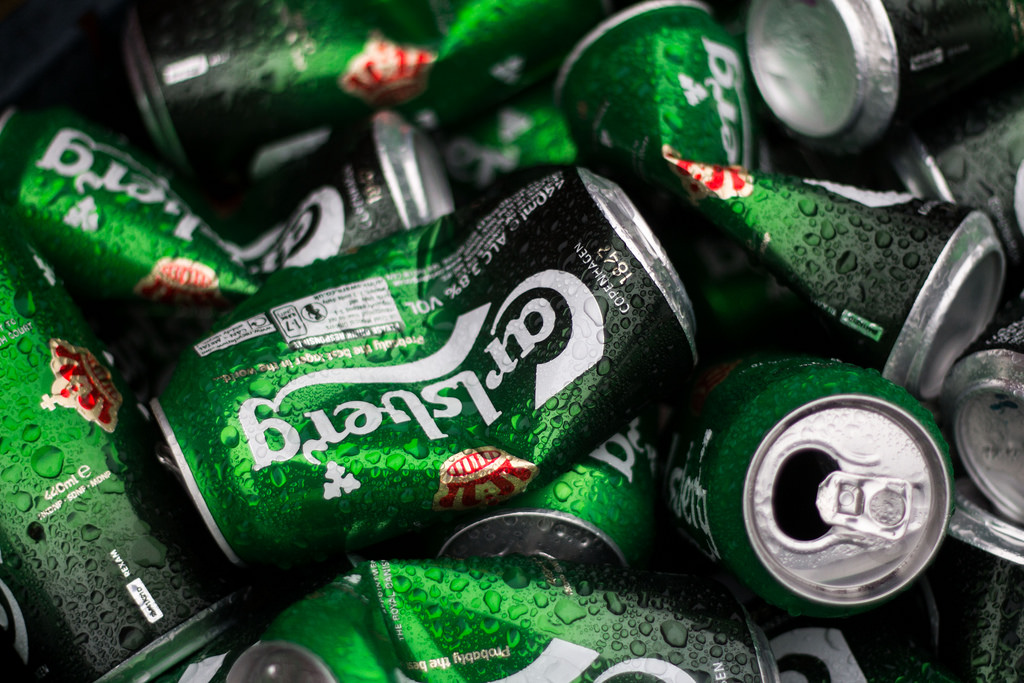 When I have had a beer or two I personally find that while I’m writing I’m not second-guessing myself. I just type and keep typing. Yes, I do stop to read over what I’ve just written and yes, sometimes I do change a word here and there or a phrase that I’ve just realised would work so much better as something else, and yes I even delete whole segments. But at least I’ve got it all on there.

My view is this. Don’t edit at the time. That’s for later. Get all your ideas out there. And the only way I can personally do that is to not have that little nagging voice telling me it doesn’t sound right, or the reader would never believe it, or that’s just a stupid twist to put in at this point, or why would that particular character just suddenly take up the trombone?

My best ideas have come to me when I have had beers. Some of my best writing has happened as a result of having beers. I have spent the next morning reading over what I have written and been impressed by what I managed to come up with. I have deleted very little, maybe just the odd word or sentence here and there, but the general body of the writing has stayed as-is.

With all that in mind, I must confess that I have just started my third can of Carlsberg and I am ready to continue on with writing my novel. I have written almost 30,000 words so far and I’ve lots more to write. Tonight I intend to write a bucket-load.

So, whether you’re like me or you prefer to write with a clear head, here’s what I say – Just write.

Till next time 🙂 x

(As an afterthought, check out this fantastic contraption!!!)

Please feel free to add your own tuppence worth to the topic by commenting in the box below. I’m more than happy for any and all input 🙂