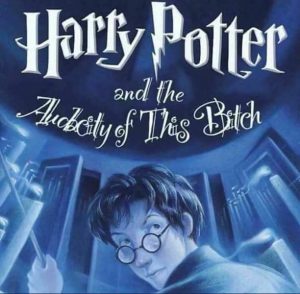 Alright, don’t go getting all cocky on me… I know that my over use of the word ‘cocky’ in my heading might be a tad confusing to most of you. But it needed to be done. I have to get as many cocky’s out in as few words as possible in order to rub someone up the wrong way.

The person I want to irritate is the author of several romantic novels, Faleena Hopkins. Nope. Hadn’t heard of her either. Now, I’m not a nasty person. I’m not a vindictive person. I don’t like to bully anyone, or aggravate them for no reason. But this Faleena…. well, she cocky-well needs to be brought to task. Why…?

Ok, well since you’ve asked, she has only gone and trademarked the word (yes, the WORD) ‘cocky’ so that any author who has the word ‘cocky’ in a title of a book they’ve written now has to (HAS TO) change it to avoid being sued by her. (Read the full ridiculous story here.)

I’m going to let that settle in for a minute and let you think about it. In the meantime, here’s a picture of a cute wee puppy…. awwwww…..!! 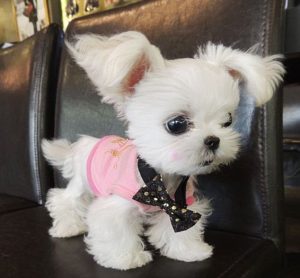 Ok, so now you’ve had a chance to mull that over, I’m going to back up what you’re already thinking with a few tuppence-worths of my own. Who the cocky Hell does she think she is??? Trademarking a WORD that has been in existence in the English language since the mid-16th Century? What the cocky is next? Trademarking the word ‘the’?? Hey, well, I might just do that myself. Actually I won’t, because it’s a fucking ridiculous idea!!!

She says she’s afraid that her readers (apparently they exist) have been mistakenly buying other authors’ books instead of hers… Yeah, or maybe it’s just a case of sometimes people buy books that aren’t written by you, Faleena!!!

GET A COCKY GRIP ON YOUR COCKY KNICKERS FALEENA!!!!!!

Do the decent thing and back down. We all know the expression ‘All publicity is good publicity’ but not in this case darling. You look like a twat. You are clearly a narcissist who needs a constant supply of ego-stroking, even if it’s yourself who’s doing it.

I’d love to hear your thoughts on this issue. Is she right? Why is she right? Do you agree with all other sane people and think that she is wrong? Again, please give me your reasons. Maybe someday she’ll read this post. In fact, I’m sure she will not only read it but also sue me for it, since I used the word cocky several times, which let’s face it, is apparently not mine to use….. Jesus wept….. Later peeps x