What’s the answer? Who bloody knows?? And who is anyone to tell anyone?

Here’s how I see it. Basically, I’ve asked this question several times on different forums and Facebook pages and I’ve got varying replies, ranging from “Oh yes, I once based a serial killer entirely on my sixth grade teacher and he still doesn’t know, bwahaha!” to “Actually, I think that’s not only disrespectful, but I also hope she finds out and sues you because a person’s own persona is their own property and it’s also questionable writing ethics in my opinion, and just… wrong!!!”

But hey… with this in mind… Bloody Hell!! I mean if we CAN’T base our characters on people we know, or have known at some point in our lives, then what CAN we do??? Base them on ourselves? Ok, yep. I can see how exciting that’s gonna turn out…

I’m a 46 year old female from Northern Ireland who spent most of her life working in accounts and doing Post Office work, who now has a t-shirt printing business and who, after a failed 14 year relationship, is now in a very happy 6 year relationship, and who has had a total of 4 dogs of her own, two of which have sadly died (RIP Harvey & Phoebe) leaving Jake (13) and Juno (3)…. Yeah… You want to read about that?

There are many (MANY) comedians who do impressions of famous people, saying things that that person may or may not ordinarily say… but hey, it’s funny, so it’s ok… Right…? Do they get sued….? Take a persona and make them say something that you want them to say for the sake of creativity. It’s ok, it has to be!

Even the ‘Harry Potter’ books were plagued by Wizards inspired by Muggles…. 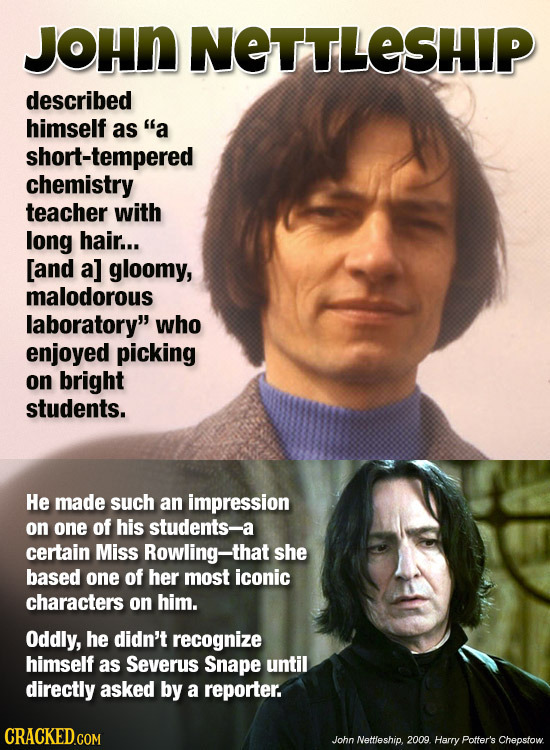 So. Here’s the deal. I want to be a writer. So what do I write about?

My problem is this: if I don’t write about other people that I’ve met in my life, and my experiences with those other people, even in a fictional way, then really, in fact surely, all I’m really doing is writing my own journal every night…? And who the hell wants to read that??

Being a writer. Wanting to write. Having to write. And needing other people to want to read what you write. That’s what it’s all about. Unless of course you skip the whole ‘other people’ part and you’re only doing it for yourself. And in most circumstances, we’re not all that interesting. Would anyone really read our autobiographies? I’d (personally) rather read the next installment of the Harry Potter novels after the final book, than an autobiography of JK Rowling. I’m sorry. I’m sure it’s fascinating, but more fascinating than the world she created? No. Nope. Definitely not.

Here’s my decision: I will, if I so choose, base my characters on people that I have known. They might have the same job, they might not, they might have the same hair, they might not, glasses, mannerisms, etc… but here’s where it differs… The things that they actually say and do in my novel will be from me, from my perspective of what I think they MIGHT say or do in that situation. Because the situations that they might find themselves in in my book will be different than any they ever experienced when I knew them, that’s for sure. And with that, they are mine, my own creation.

To answer my own question… Right!!!

Till next time 🙂 x

Please feel free to add your own tuppence worth to the topic by commenting in the box below. I’m more than happy for any and all input 🙂

4 thoughts on “Basing my characters on people I know or have known…. right or wrong…?”